In 2019, Governor Newsom signed two sweeping pieces of legislation into law: AB 5, significantly limiting how workers can lawfully be classified as independent contractors, and AB 51, preventing employers from insisting upon binding arbitration as a condition of employment. Both laws were set to take effect on January 1, 2020, despite heated opposition from employers across California and beyond.

However, as employers have been preparing themselves to comply with AB 5 and AB 51, California courts have also been busy. In the waning hours of 2019, two U.S. District Court judges issued temporary restraining orders blocking the implementation of AB 5 (in the trucking industry) and AB 51 on a statewide basis.

On November 12, 2019, the California Trucking Association (“CTA”) took steps in federal court to prevent the enforcement of AB 5 against truck drivers. The CTA lawsuit was the first direct legal challenge to AB 5, which applies to potentially hundreds of thousands of workers previously classified as independent contractors.

(For more information on the CTA case, see our article from November 14, 2019 found here).

Judge Benitez wrote, “Plaintiffs [CTA] have established that imminent, irreparable harm is likely because without significantly transforming their operations to treat independent contracting drivers as employees for all specified purposes under California laws and regulations, they face the risk of governmental enforcement actions, as well as criminal and civil penalties.”

There is reason to believe Judge Benitez may ultimately agree with CTA. In issuing the temporary restraining order, he wrote, “Plaintiffs have shown that AB 5’s Prong B is likely pre-empted by the FAAAA because AB 5 effectively mandates that motor carriers treat owner-operators as employees, rather than as the independent contractors that they are.”

The restraining order will remain in effect until January 13, 2020. While the decision will apply to the trucking industry, it is easy to see the decision in the CTA case will have a ripple effect within certain industries and the gig economy. Watch this space. Regardless of whether a permanent injunction is issued, the matter will likely head to the 9th Circuit Court of Appeals.

AB 51 was enacted by the California Legislature to prohibit California employers from requiring employees to sign arbitration agreements as a condition of employment under the Fair Employment Housing Act (“FEHA”). (For more information on AB 51, see our article from November 20, 2019, found here).

The matter before Judge Mueller is led by a business coalition that includes the U.S. Chamber of Commerce. They argue AB 51 is preempted by the Federal Arbitration Act. Judge Mueller wrote that “allowing the statute to take effect even briefly, if it is preempted, will cause disruption in the making of employment contracts . . . particularly given the criminal penalties to which violators of the law may be exposed.”

What Should Employers Do Now?

Employers are urged to consult with counsel to determine what impact these recent rulings will have on their practices. However, if employers have not yet implemented arbitration agreements with their workforce, now is the time. While Judge Mueller’s ruling appears promising, employers would be wise to take advantage of the brief reprieve to get agreements in place.

For those employers utilizing independent contractors, the answer is not so clear cut. Judge Benitez’s ruling only applies to the trucking industry, though the final decision may extend to other areas. A more critical legal analysis must be performed based on each employer’s business model and its current workforce.

We will be following these cases closely. For more information or guidance on workforce management, please contact DDWK. 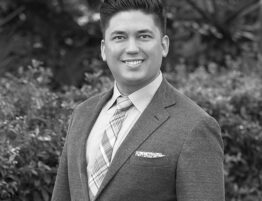